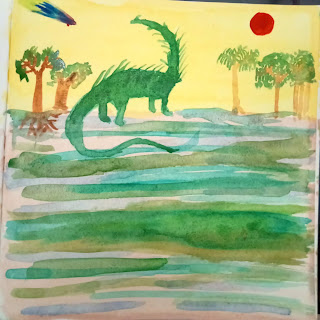 I recently shifted to Cochin from Mumbai. One of the plus sides of shifting was that now I apparently had more time in my hands than in Mumbai. The commute which used to last nearly an hour and a half each way in Mumbai was barely 15 minutes in Cochin. I reckoned it was the right time to develop a healthy habit. I dusted my old ramshackle bicycle and one early morning I rode down the potholed roads of Panampilly Nagar. I was surprised to find a dedicated cycling track! One could have mistaken it for a stretch of Amsterdam! It was neatly painted with barriers at each entry so that truant two-wheeler walas don’t misuse it or park on it. Besides it, lay a wide walking lane. There were neat markings, “Cycles Only” to the left and “Pedestrians Only” to the right. But that was where the joy ended. As I started pedalling, I encountered dog walkers, joggers, runners and pedestrians, all using the cycling lane! Initially, I thought it might be a little rude to ring my cycle bell, but soon I had to leave all politeness and merciless honk people out of my way. In response, I got stares, surprised and hurt. Surprised to see a cyclist and hurt that they had to make way. I tried smiling, without much success. The cycling track is barely a kilometre long. It is neatly laid out by the Kochi Metro Rail Limited. In an effort that people will start taking bicycles to the nearest metro station of the newly established Kochi Metro. I can’t say how successful their effort has been but for me, it was turning out to be an exasperating experience. I believe that when one cycles one’s mind tunes in to a different frequency and various thoughts enter one’s mind. They type of thought depends on the cycling speed. So when one is gently pedalling, one might be stimulated to think of vast green vales and how once can reproduce them in watercolour. And when one is cycling ferociously to get out of the way of a speeding vehicle, one might be inclined to think of the pros and cons of blood sport of bullfighting in Spain. In other words, cycling enables one to escape the mundane and focus on the exotic, even if it is for a while. And who knows, one might get an earth-shattering Nobel prize-winning, Oscar – performance - like idea while one is merrily cycling trying to avoid the gigantic craters on the Shihab Thangal Road. Unfortunately, that was not to be. Thanks to the encroachers on the cycling track my mind was forever engaged in a strategy to dodge them. Sometimes I would increase my speed and at others, I would even completely stop to avoid the careless Labrador’s tail. Once I did manage to get into a reverie but it was all dysphoric thoughts about the lies, I had spoken the previous day! Soon, it was getting infuriating. After a couple of tries, I decided to ditch the cycling track. I had not begun cycling to introspect on my own morality! I decided to stick to the good old potholed tarmac along the stinking Koyithara Canal. And lo! Here came the earth-shattering ideas! As I dodged, the recklessly driven morning traffic, a brilliant thought popped up – painting a watercolour about the end of the dinosaurs, all with the marauding comet in the sky. I merrily pedalled back home and took out my colours. And the results are for all to see! Long live the potholes! Down with the dog walkers on the cycling track!!

Shashank said…
Great. Time to go for a new bicycle for a change. Go for alloy one, and see things with changed perspective
September 01, 2019 7:50 pm

ED said…
Wow..u write so well Rohit.
I can visualize the whole scenario.
Enjoyed the connection of bicycle and your thoughts👌
And yes the dinosaur rocks!😊
Keep penning.

Mrigank said…
The story provoked me to share some of my cycling experiences...
I go for 25kms cycling every Tuesdays and Fridays... This drill normally takes me an hour to complete...And yes, while the body is at work, one needs to plan a positive engagement for the mind as well...
Earlier, I have tried listening to Shloka, Soothing music, POP, OM uchharan etc... But the happenings on the road always provided constant distractions and the plan would go kaput...

With time and experiments I found some better ways :-
- to go with a good company.
- to focus on good times either spent or planned.
- to focus on the activity itself by following a simple rule of "Mad 3rd Kilometer"... In this the intent remains to give-in every last bit in the 3rd, 6th, 9th and so-on kilometres...

The plan could be a balanced / erratic mix of the above...

Thinking about dinosaurs was also a good idea though....

Pragnya said…
The thrill of a bicycle ride is an unparallel joy to me. I felt going around the tracks with dog walkers, joggers, cutting sides on potholes.
September 02, 2019 7:23 am

Abhijit said…
Cycling is a great exercise. It also gives a sense of freedom. I am thrilled at least some municipalities in India are thinking progressively and laying down cycle paths. In this case Metro Rail corporation. At least you have to face dog walkers. In NOIDA cars are parked in cycle lane. Hawkers occupy the space to sell their wares.
September 02, 2019 2:37 pm

Richa Mina said…
i love your descriptive writing styles which evoked a picture of you struggling with your cycle in the midst of dog walkers & pedestrians. although i'm surprised that you drew a dinosaur in the end not- Hanuman carrying a cycle in the air to avoid all the hassle... ha ha ha
September 02, 2019 6:32 pm

vidhi virani said…
Its nice to hear that atleast Cochin has a dedicated cycling track. Though offcourse the human tendency remain the same. Using everything for their own purpose. And by the way, the painting is very nice.
September 03, 2019 5:12 pm

Rashi Roy said…
Yes, that’s a real scenario and that’s the reason why everybody other than a cyclist is seen on the cycle tracks! Nice painting:)
September 03, 2019 7:42 pm

Vartika said…
Very interesting topic and very beautifully presented, I am happy that I stumbled upon your blog through this challenge. Looking forward to reading more from you.
September 04, 2019 4:05 pm

dev thakkar said…
Very nicely written, haha and it also gave me a smile on my face, the painting is amazing, liked your blog would like to hear from u more ahead
September 04, 2019 7:03 pm

Shweta said…
Haha. I could visualize all those scenes in my head as I read your post. Loved the way you added details. The metro itself isn't meant as crowded, and the roads seem to compensate for that too.
September 05, 2019 6:58 am

Supriti said…
cycling is one of the best experiences I have ever had. I remember, i was in class 8th when i was allowed to go to school by my new Hero Queen cycle and when I took the seat, i felt like a royal princess going down the lanes. "Awara bhawre jo hole hole gayeee.."used to ring in my ears and i would take swift turns around the corners. Few days back, i took a cycle ride on one of my neighbor's cycle and let me tell u, the experience was no different from the 1st one. I hummed music, i enjoyed the serenity and above all i enjoyed tearing through the fresh breeze....
September 07, 2019 1:10 am

Arti_amidst berries of life said…
Nice, wish we all could experience such things in our life..cochin has my heart
September 09, 2019 6:21 pm

Shalini said…
Haha.. I can so understand where you are coming from. In fact there are many such "offbeat" malls around the country. I have been to a few and it really was spooky. :)
September 19, 2019 5:24 pm